Very few people can sleep at will. Most have problems sleeping, and most Americas complain about not getting enough of it. While most sleep problems can be attributed to drinking too much caffeine and skewed biological clocks due to phones and computers, some real sleep disorders require treatment.

A third of Americans complain about insomnia. While a lot of people can have problems getting to sleep now and again, a diagnosis of insomnia requires extensive periods of sleeplessness (at least three months). Insomnia is often caused by high levels of stress, anxiety, and depression, but other factors sometimes contribute to the condition. Alcohol abuse and drug use often mess with your body’s biological clock, and so will other medications.

If you don’t have the air conditioner turned on, sleeping under a fan does cause congestion, which will keep you up if you’re finicky. Insomnia is usually treated with therapy and medication. But sometimes, just making yourself as comfortable as possible (with the right mattress or just wearing socks) can do the trick.

If your partner complains about getting kicked at night only to find you sound asleep, you probably have RLS or Restless Leg Syndrome. RLS affects 10 percent of the population, though they’re a lot more common among women. Individuals who suffer from RLS will often change positions multiple times a night, sometimes forcefully kicking or punching. Caffeine and alcohol consumption are usually the culprits, and regular exercise can usually prevent excessive movements during sleep. However, in the severest of cases, medication might be required. 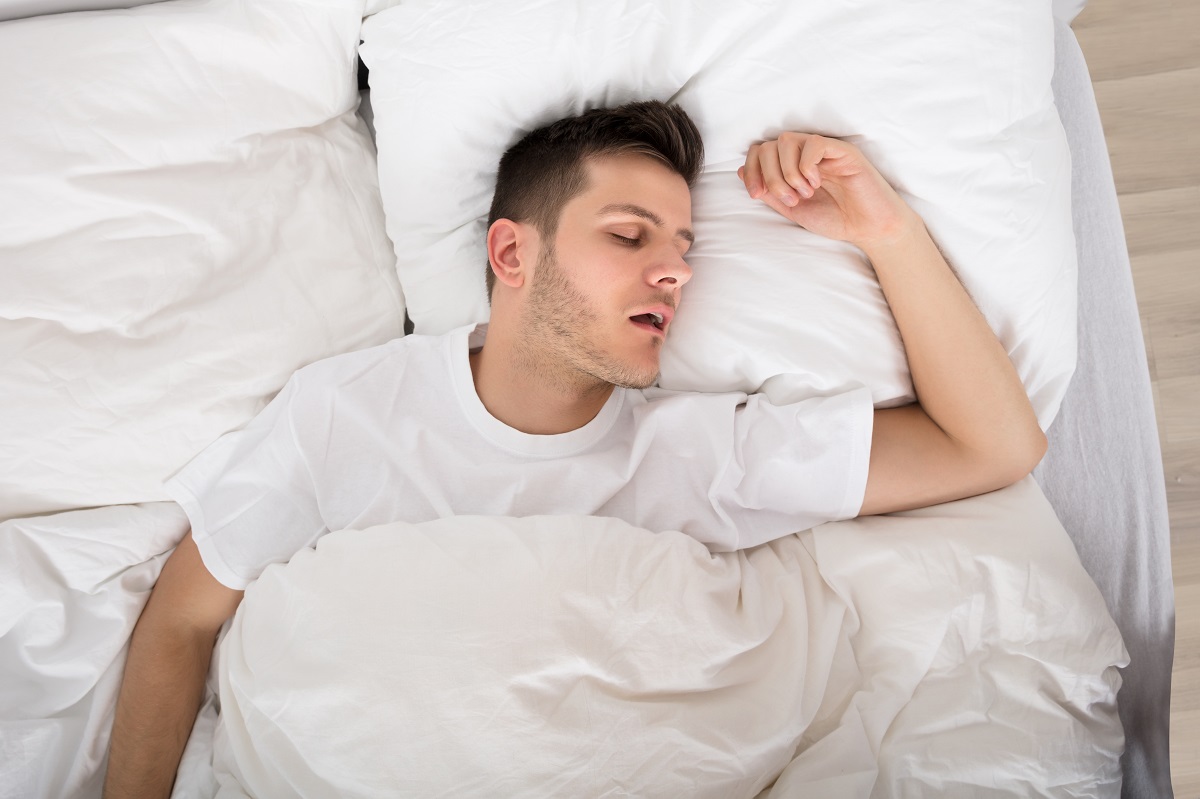 If you often wake up with a headache and a sore jaw, you might be suffering from bruxism (teeth grinding). While bruxism is commonly attributed to jaw position problems (overbite/underbite, recent dental work), certain cases involving stress has been on the rise. Close to 15 percent of the nation suffers from bruxism, mostly due to stress. Unchecked, bruxism can eventually lead to chipped/cracked teeth and gum recession. Treatment can involve therapy and medication if the problem is purely a mental and emotional one. Otherwise, dental work or mouthguards might be recommended by your dentist.

Waking up tired even after 8-10 hours of sleep? It might be because you were waking more than 100 times an hour and preventing your body from fully transitioning to its sleep phase. Your body requires sleep to heal from injuries and recover from stress. However, sleep apnea prevents your body from shifting to its anabolic phase, leaving you tired and spent.

Sleep apnea affects 20% of Americans, mostly because of weight problems. Being overweight or obese increases your chances of developing sleep apnea as extra tissue forms around your throat that obstructs the airflow. Light cases can be fixed by just sleeping on one’s side, but more severe cases will require a continuous positive airway pressure (CPAP) machine or surgery.

Sleep is precious, but getting enough of it can sometimes be challenging. Check for signs of sleep disorders and take action.