Do You Ever Get Accustomed to The Smell of Death? Crime Scene Cleaners Answer

Some people clean up rubbish; others clean up decaying human corpses and mangled flesh. The job of a crime scene cleaner is truly fascinating – if not a bit, well, dirty.

Imagine this: a man dies a horrible death. Nobody finds his body for a couple of weeks. Who cleans up the gunk that used to be him? Not the police, not the friendly neighbourhood carpet cleaners, and certainly not the family members who aren’t emotionally or professionally ready to scrub their loved one’s remains out of the carpet.

To give you some history lesson, the responsibility of cleaning up after the death of a loved one did fall on family and friends in the past. This only served to add emotional trauma to the already horrific experience. It wasn’t until the 1990s that a group of entrepreneurs grouped together to tackle the issue. They took the initiative to learn the skills and methods to properly remove blood, bodily fluids, tissue, and other dangerous substances off crime scenes, and then it became a proper service available to the public. By 2012, the crime scene cleanup industry in America alone amounted to US$350 million, spanning over 500 companies.

The task is not easy, to put it modestly. Crime scene cleaners deal with the kind of work that not everyone is equipped to handle. They have a service called Death Cleanup, where they mop up bodily fluids that decomposing bodies leave behind. If the sight isn’t enough, the odours ought to do it.

Other than these guys, crime cleaning technicians share what they’ve learned in the job: 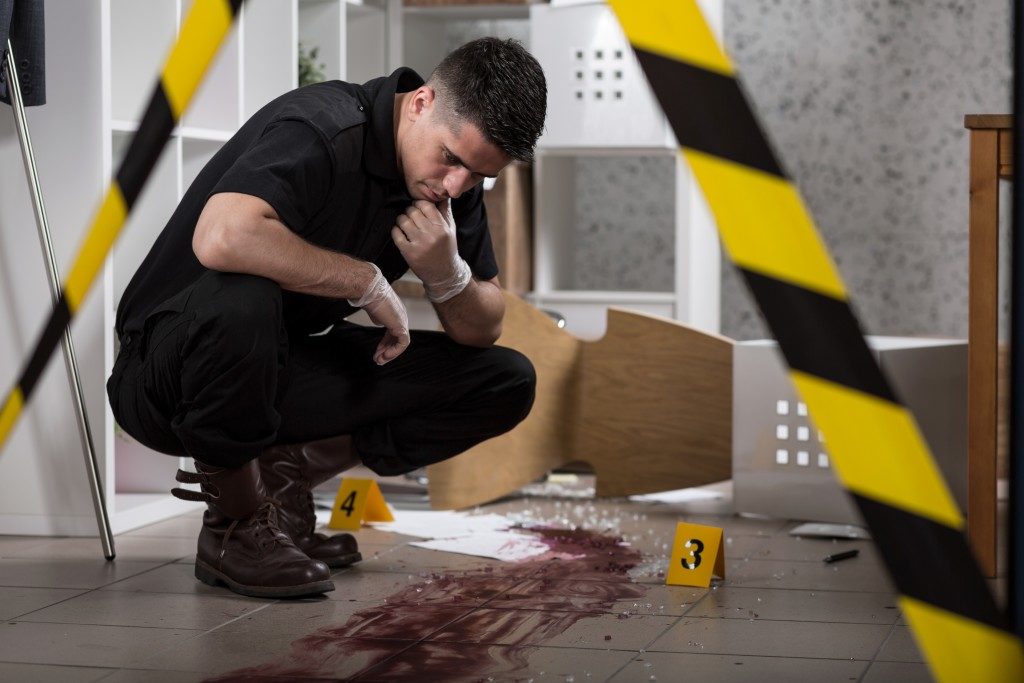 You Can Never Get Used To The Smell

Reddit user Lotsofshi, who specialises in cleanup for suicides, homicides and decomposing bodies, says you can never really get used to the smell, “unless you’re a necrophiliac”. The smell is in and of itself, similar to roadkill but worse. It’s the strongest, most pungent odour that will trigger the gag reflex. Getting accustomed to it is an evolutionary no-no, he further explains.

As to his “grossest” experience, he shared an episode where he cleaned up a body that wasn’t found for over two months in a remote trailer. The highlight: flesh dripping from the walls and ceiling, and a horde of maggots.

Your Tolerance for “Gross” Heightens

The body that these crime scene cleaners were dealing with had been dead for more than 30 days. The smell was, predictably, distinct and unbearable. The garage was littered with dead cats, the inside of the house with animal faeces. As one of the crew opened the fridge, it unleashed a rotten stench. Their conclusion was, “this isn’t so bad.”

Crime scene cleanup is more than just having a strong stomach or a certain stoic sensibility. It also requires the proper training and tools to deal with what’s ahead. It’s the only way to ensure safety and a job well done. If it weren’t for these guys, we’d have to do the job ourselves. Do you have the stomach for it?