For many homeowners, bursting water pipes is not a problem they imagine encountering until it happens. Burst pipes cause many problems and need time, money as well as effort to repair. No wonder you should not have to wait until you are caught pants down.

There are things you can do to prevent pipe bursts. Knowing them also helps to know when to call in a professional. If your pipes burst, you will need 24-hour water damage repair in Boca Raton to deal with the issue before water does more damage than you can handle.

Pipes could rupture due to changes in weather, pressure, soil or material. The following are the most common occurrences:

A person living in cold areas is familiar with freezing water as well as what it does to pipes. When the temperature drops below 0 degrees, the water can freeze in place.

The more it does, the more it accumulates in a single area of the pipe, applying more pressure there. Putting faucets in a drip is a recommended way to prevent freezing. When water is continually moving, it will not freeze.

When trees grow, so do their roots. As they extend into the soil, they could get in contact with water pipes installed underground. Often, the water pipes cannot withstand strong roots, and so they cave.

Once they crack, it can only get worse. One can prevent root encroachment by planting trees away from water pipes. There is little to do about plants that have already grown.

Sometimes steel pipes will begin to rust. This tends to happen when they are mainly old and have experienced a lot of abuse. Sometimes the pipes may narrow instead, but this will likely lead to bursting because the pipeline will not handle water pressure.

You can notice narrowing pipes based on changes in water pressure. A way to prevent these bursts is to regularly replace metal pipes, or work with plastic ones instead, which do not corrode. 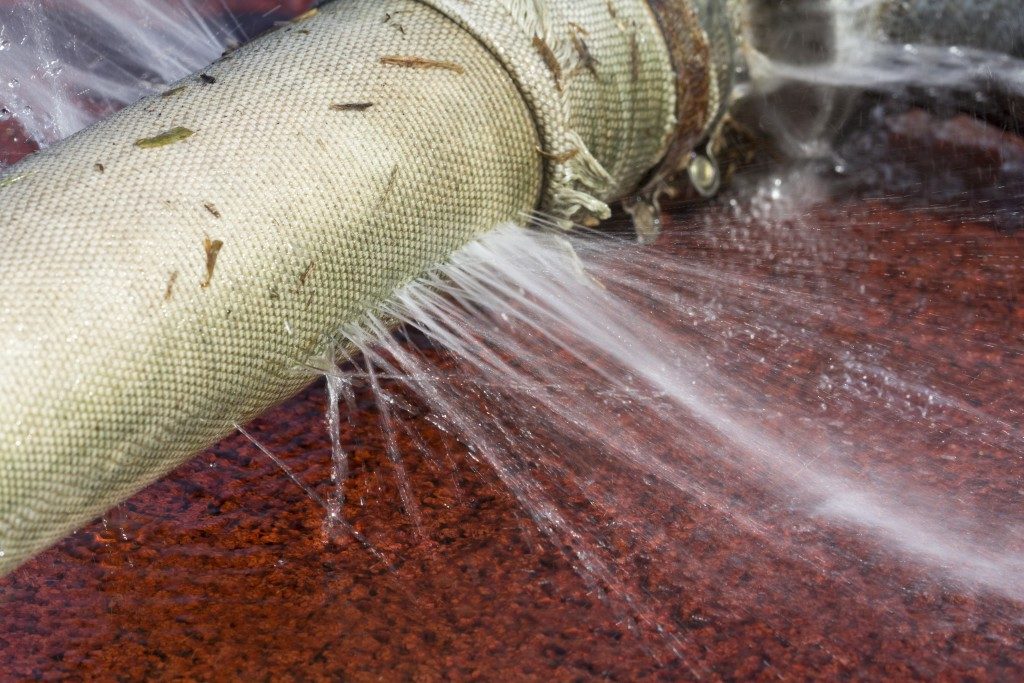 Sometimes soil will shift and cause pipes to burst. This is most common around construction projects near the said pipes. There is not much to do about this issue, except to let the crew know where the pipes are, as well as to be careful. Even dumping dirt in the wrong place could strain the pipes.

Sometimes it is the high-speed water gets delivered. In other times it is impairments in the pipes that slow water down or cause it to speed up turbulently. Regardless, high pressure will demand that you call in a plumber.

Clogs do not often cause bursts, but there are situations that they can. They will generate undue pressure at points where they form. For the sake of the durability of your system, have your plumber conduct frequent inspections.